In this day and age, most people are not often exposed to life-threatening situations that require the “fight or flight” mode to help them survive. But the body’s survival mechanism doesn’t differentiate much between real and perceived threat, it triggers the same response to both, by releasing stress-hormones like adrenaline, norepinephrine, and cortisol.

The stresses of modern life have very similar effects on the stress response as survival danger had on our ancestors, but because we are exposed to these stresses daily, we are much more at risk of adrenal fatigue than ever before.

Financial pressure can feel like an existential risk, work problems that threaten our social statue can evoke the same fears that were felt when our standing in the tribe was uncertain, and nagging relationship issues eat away at our mental and emotional robustness in a myriad of ways. And just because these stresses become the norm day in and day out doesn’t mean our bodies stop reacting to them in the way they have been programmed to. 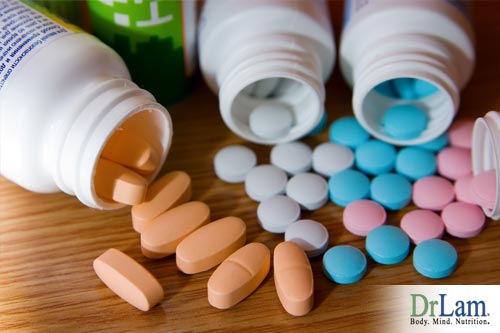 When you face stress, whether physical in nature – such as an illness or an unhealthy lifestyle or psychological – such as work pressure or family problems, the stress response goes into action. The first responder is usually the hypothalamic-pituitary-adrenal (HPA) axis. The hypothalamus in the brain signals to the pituitary gland to secrete a hormone (ACTH) that then stimulates the adrenal glands to release stress hormones.

One of the body’s most important stress hormones is cortisol, and it is responsible for functions like regulating blood pressure and blood glucose levels, maintaining heart and blood vessel functions, neutralizing inflammation, and suppressing the immune system.

When there is stress, stress hormone output increases in order to meet the sudden demand. That’s why you feel your heart pumping harder and faster, your breathing becoming faster and shallower, and your appetite changing quickly.

Once the stress is gone, the excess cortisol still in circulation is taken as a signal by the hypothalamus that there’s no need for more, and so it stops making the pituitary gland send ACTH to stimulate the adrenal glands. The body then returns to homeostasis, and the different hormonal systems involved go back to their regular functions.

This is a natural and healthy reaction that is meant to help your body either face or escape a dangerous situation until you are safe, where you can then relax again. It is part of the hormonal circuit of the NEM, though it also affects the other five circuits: the metabolic, the euro effect, the cardiotoxic, the inflammation, and the detoxification responses of the NEM. The entire NEM is built to respond to stress and then go back to a state of homeostasis when the job is complete.

The problem arises, however, when the stress is chronic and there’s no outlet. Your adrenal glands start to work overtime, secreting more and more cortisol. This is the beginning of adrenal fatigue. And if it is not addressed, and the rest of the NEM has to compensate, it can also become dysregulated, and all the organs and systems that are involved in it are affected. That’s why it is important to catch and address adrenal fatigue as early as possible.

Signs and Symptoms of Adrenal Fatigue

The first stages of adrenal fatigue are usually asymptomatic. You may experience tiredness once in a while, but you usually bounce back quickly enough. Most people only become aware of a problem when they reach the more advanced stages and symptoms are more obvious.

Symptoms of adrenal fatigue include tiredness, low energy, an inability to fall asleep easily, waking up in the middle of the night, difficulty getting out of bed in the morning, brain fog, mild depression, anxiety, gaining weight easily, central obesity, difficulty losing weight, hair loss, heart palpitations, a feeling of being “wired and tired,” low libido, infertility, estrogen dominance, craving salty and sugary foods, craving caffeine, food and drug sensitivities, frequent colds and flus, an inability to handle stress, and dizziness upon standing after lying down.

Unfortunately, adrenal fatigue is not yet recognized by mainstream medicine, and so it is not usually diagnosed or treated by your regular GP. And because it is not a particular condition but more of a collection of symptoms that arise from the effects of chronic stress on the adrenal glands, we refer to it as a syndrome: Adrenal Fatigue Syndrome (AFS).

Most people have to self-diagnose through symptoms and through reflecting on their health and mental state. If you’ve been stressed out for a while and you’re not coping very well, even if you don’t have symptoms, you might be in the beginning stages of AFS. If you’re already getting some of the above symptoms, then you can begin taking the necessary steps towards recovery.

AFS treatment is comprised of managing stress, addressing other underlying health issues, eating an adrenal fatigue diet (that is anti-inflammatory and nutrient dense), getting enough rest and sleep, and doing light exercises such as adrenal breathing and adrenal yoga.

Supplements can also be very useful in AFS recovery, as they can give you that boost you need. Adaptogens, like ashwagandha, for example, help your body adapt to stress, while adrenal glandular supplements can provide support for the adrenal glands while they regain their strength.

As your adrenal glands get healthy again, the rest of the NEM strengthens as well. AFS recovery, particularly the adrenal fatigue diet, is very beneficial for the other circuits of the NEM, especially the metabolism, inflammation, and detoxification responses.

If you’re new to this and have never had the guidance of an experienced professional, then your best option is to find a holistic health practitioner that specializes in AFS, as recovery can sometimes be a little tricky, especially if you suffer from other conditions and if you’re unsure of what supplements to take. Your recovery plan will be tailored to your particular needs and so will have much less of a risk of paradoxical or negative reactions.

The one thing to remember, though, is that you need time and patience to make the necessary lifestyle and dietary changes and to see their effects. So don’t rush and don’t take on too many drastic changes at the same time. Slow and steady is the way to go. 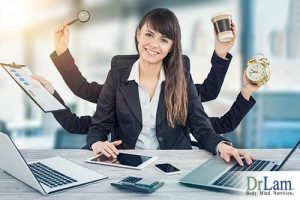 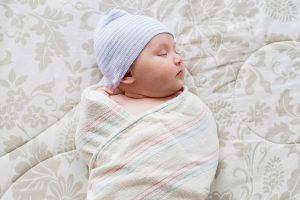